Christmas Parties and other social events

Christmas Parties and other social events

During the pandemic we hosted several social events that enabled companies, families, and friends to gather and experience social presence. Being in a space, sharing images, videos, and stories, and having conversations develop naturally in a group was a much-needed event. 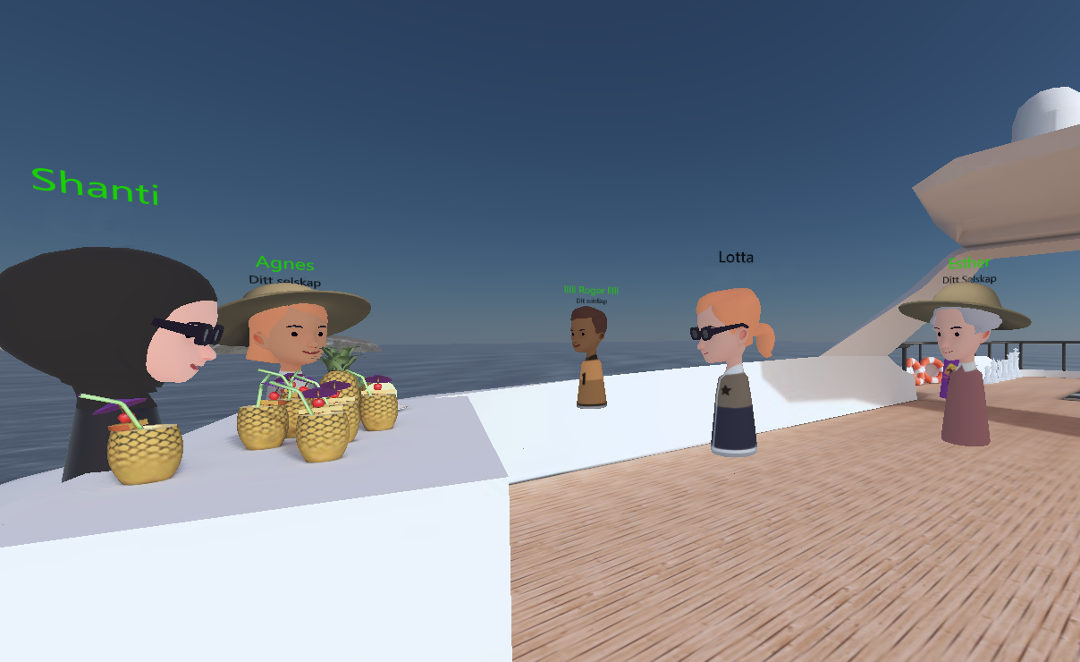 In the end of 2020, after the successful execution of several events and a large conference, we got contacted by representatives from all types of industries asking for help for one of the most important events within the fiscal year: the Christmas Party!

Initially sounding a bit funny, in fact the situation wasn’t that light-hearted. Most of our meetings were with rather desperate professionals in leading positions that found themselves in the dilemma of keeping their teams together when being together was no tallowed. After a professionally and, for many, personally draining year they were looking for solutions to get their teams gathered, allowing them to get together, reconnect and truly mingle - and not just sit through yet another online meeting.

It was the informal social contact and get together with a group of people that we were craving. After a long time of seeing each other just in a little square on the screen and having conversations either one to one or as one person with the entire group, having the spontaneousness and dynamic of moving around and talking in a crowd was something we haven’t experienced in months. In video meetings people all too often take more of an observing role rather than actively participating, especially in larger groups where individual conversations aren’t possible. And let’s be honest, sometimes we just want to say something to our two colleagues and not to everybody…

We were dedicated to take everything we developed to help create that memorable break that all those people deserved.

Taking a starting point yet again in asking what makes for a great party, we of courses ended up with people, activities and food. We partnered with the restaurant Sentralen Mat  https://www.sentralenrestaurant.no  that created and delivered specifically composed menus for the virtual events to add to a physical experience. Working together with musicians, enabled us to stream live concerts into the virtual spaces.

The most important aspect for us, however, was supporting people to realize their thoughts and ideas inside the virtual realm. With many people having experienced digital solutions as restricting and often being pushed into the role of a mere consumer and spectator, we were eager to give the users the feeling of autonomy and actionability back. Shifting the focus from what can’t be done to what can be done was our goal. It was of major importance to us to allow for a lot of space for the usual party committees to bring in their ideas and creativity and giving enough opportunity for them to do what they usually would do. Our aim was to utilise all out tools for collaboration to allow a maximum amount of creativity, spontaneousness and flexibility for the hosts. And the results were awesome.

From having the most hilarious videos created by the teams, to quizzes and wine lotteries, from Secret Santa auctions to tombola to photo competitions of who got the worst home office setup, from karaoke over stand-up comedy to little avatar theatre plays. The groups found the most creative ways to mix the analogue and the digital and to utilise all tools in new ways to have people participate, be active and have fun together.And did you know that one can create a mighty fine chorus with the right spatial audio setup?

While our team was rightfully exhausted by the end of the year, we all thoroughly enjoyed this work, and hearing from many groups how this experience triggered a whole new positive attitude within their teams was the icing on the cake for us.

Based on those positive experience we proceeded to create different spaces and functions for formal or informal gatherings for teams or other groups, which is at this point regularly used by multiple organisations to zoom out and reconnect with the team. Being on a yacht on a sunny day playing chess with your mates while listening to the sound of the ocean is a lot more relaxing than you might think - let us know if you want to give it a try!